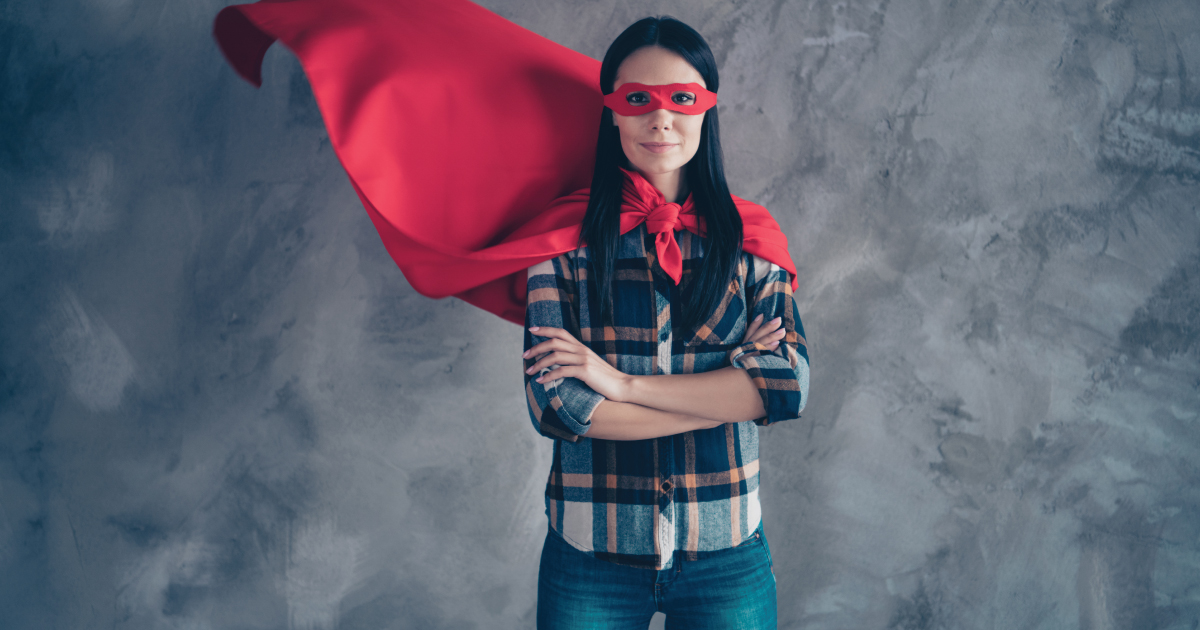 Back in 2016 Quark released a breakthrough new feature: the ability to convert PDF, EPS, AI and, subsequently, SVG files into native Quark objects which can be managed directly in the program.

Revolutionary things are not always picked up by everyone immediately. You may have tried out the feature when it was new—for example, creating some sample triangles, squares and circles in Illustrator, importing them into QuarkXPress, seeing they work, and saying: « sure—so what? I could have made those in Quark, or just edited them in Illustrator.”

It’s not files originated in Illustrator, Affinity Design, Vectornator or Vector Styler that make this an important feature. You can easily keep any of those apps open, make the changes you want, and keep them up to date with the same Pantone colours and fonts. Everyone has been doing that since before the demise of Macromedia Freehand.

The real use case is when you have files that are either too complicated, come to you from an unknown source, or come from applications that cannot manage typography, colours or other brand assets correctly.

Let’s look at three use cases.

1. The Finance Department sends you Excel Charts for last-minute updates

It’s 4pm. The Annual Report has to be at the printer by 5pm. Everything is ready. Then the Finance Director pings you a message: the financials have changed, the update is essential, but the deadline isn’t flexible. Relying on your cooperation, etc, etc.

Importing the financial tables isn’t much of a problem: not only can Quark read Excel tables natively, it can retain the formatting you already used. But what about the dozens of charts that Finance insists on including?

At an earlier stage you may have considered persuading the account team to use the right colours, and stick to some basic charts which haven’t had ridiculous 3D effects applied to them. 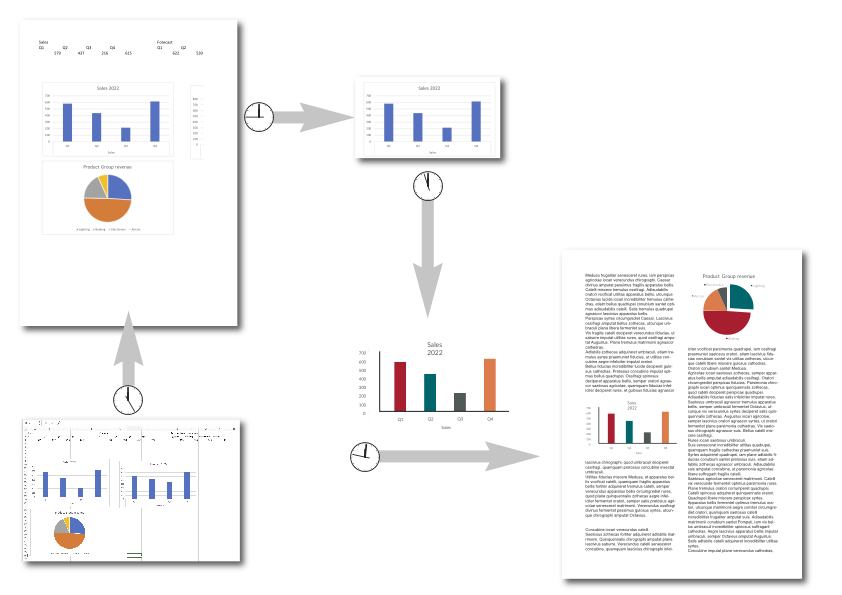 You may have won the battle on the 3D effects, but the colours are something else.

The reality is , although they send you Excel files and they create charts in them, all of the new data actually came out of the accounting package and was saved in Excel format. They don’t know how to save it in any template you might have given them, and they don’t have time to be playing with changing colours on the charts. So it’s down to you.

If you have managed to persuade them not to add effects, it’s simple to open the files in Excel, save as PDF, and then drag the PDFs into QuarkXPress. Crop the PDF to just the chart you’re interested in, ctrl-click or right-click (Mac or Windows), and choose ‘convert to native objects’. Ungroup the files, apply your style sheets to the text, your item styles to the elements (or just colours if you don’t have item styles), and resize the text boxes if you need to—ctrl/right-click to Fit Box to Text. Total time—less than a minute.

You can burn through all of the Finance Director’s 27 charts and still have time for a cup of coffee before the deadline.

2. The Client sends the brand specification over, but they don’t know what you mean by a ‘vector logo’.

Clients are notoriously bad at sending you the right logo files. They put you in touch with the press office, and the press office only has PNG files ‘because those EPS files we got never worked anyway’.

When they do locate the EPS files, they are often a different version from that in the brand specification.

Most brand specs have a one-page summary, which is all you need. Drag the PDF into QuarkXPress, convert to native objects. Three things happen. 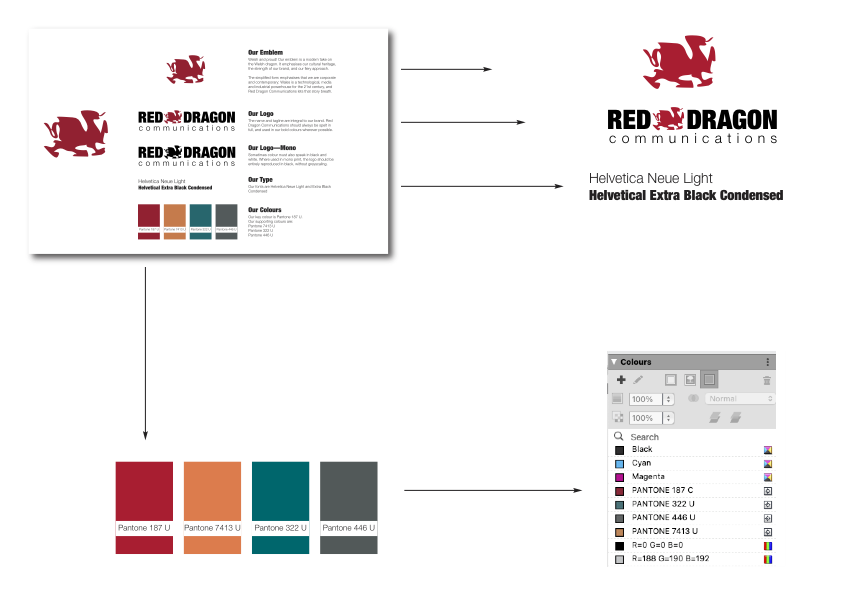 First, before you see anything else, you see the alert telling you which fonts are missing. Assuming you don’t have these installed, the alert tells you exactly what files you need. The client will be much more likely to track them down if you can say what you need.

Second, all the logos are brought in as vector objects that Quark can work with, and that you can resave as PDF or EPS.

Third, the colours are brought into your colour list. These are not just RGB or CMYK interpretations. Whatever colour space they are given in—RGB, CMYK, Pantone, or even Pantone extended gamut—are brought in correctly.

This is easily worth half an hour of work, and it reduces error. But there’s something else. What brand specifications say and what the client uses don’t always match up. The brand spec says Helvetica Neue, but they’re actually using Univers. Why is the spec wrong? Because the design team doesn’t always communicate with the branding team, but it hasn’t mattered before because they made a last minute change and didn’t update the text, but they never checked their own brand spec. Pulling them in like this means you know what the inconsistencies are. You can ask the client for a ruling, or you can just go with what they do.

3. The Client wants a magazine proposal, and they want it now

QuarkXPress doesn’t just import elements. You can import whole layouts, convert them to native objects, and easily turn them into Master Pages. Most magazines these days have multiple layouts, all based on the grid, but the fruit of a lot of thinking by someone. You can use the PDF import function to pull in an entire magazine, delete the pages you don’t want, and convert what you do want. For most magazines on a recent machine, the conversion should take no more than a minute. As before, you’ll be warned of what fonts are missing. In this case, you can set up an automatic replacement so that the client’s fonts go in. You can also edit the colours so that wherever a brand colour of the magazine is used, a different brand colour of the client is used. You now have a magazine template. You’ll need to swap out the text and the pictures, of course, but Quark’s stock photography library makes that a quick job, and you can use dummy text from Utilities > Insert Placeholder Text.

The difference between a popular published magazine and client in-house magazines is often in the subtle details. Client magazines tend to have the fonts too large, and they lack the details like Twitter handles for journalists, bylines, photographer credits, rules, dropped caps, and, above all, white space. Show a client a fully worked up template, and they will probably go with it. If not, they will want to fill every square inch of white space you’ve left in, boost the font size, and ask you to cram in articles that are always over the word count. 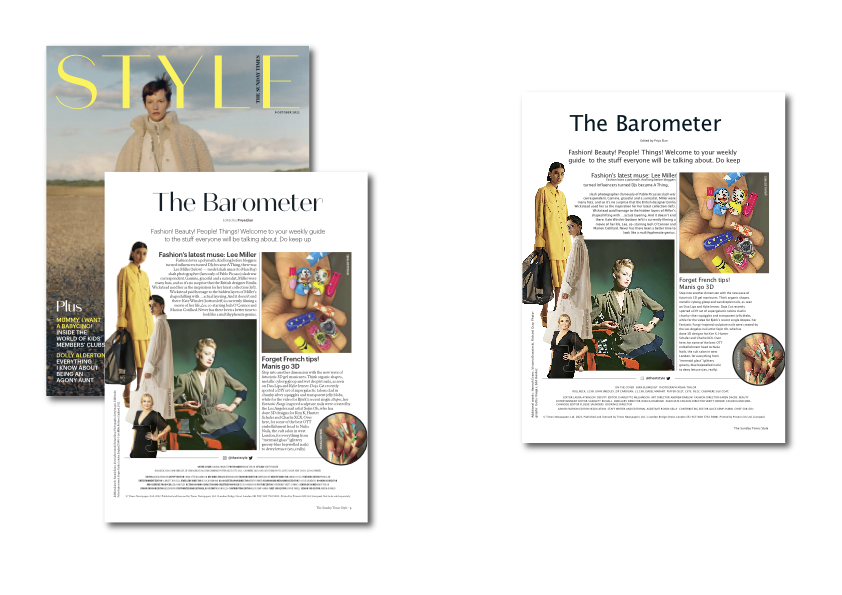 A couple of final points. QuarkXPress’s conversion feature is most useful when the elements are critical or complex. If you just want to import text, then you can select it and copy it from any PDF reader. If you just want to copy a simple layout, then dragging a PNG file onto Quark and drawing boxes over it will often work. It’s when the job gets more difficult that the feature shines.

However, don’t go wild importing things that are too complicated. Most especially, don’t go importing large, high-detailed maps. These are made in specialist software like ArcGis, and contain tens of thousands of points. The conversion will take an hour, and you may give up and restart before it’s done the job.

But you often only need to edit particular elements. Quark does the conversion in two stages. When you first convert, it seems quick. But when you ungroup to edit an element time slows down. If you’re just editing text, you don’t need to ungroup. Or maybe you only need to edit a small area. You can crop the PDF in QuarkXPress and it will only convert that part. Many mapping solutions don’t just save the data for the visible window—they save an area five or ten times as big. Cropping before converting keeps just what you need. You can save a lot of time this way, and make a ‘quick edit’ to a map genuinely quick, and actually achievable.

These are just three of the incredible PDF superpowers available in QuarkXPress. Take advantage of just one of these and your design productivity and overall output efficiency will undoubtedly increase. I’d love to hear more of your own use case examples, which we can share across the community to help us all produce brilliant content better.

Getting Past the Red Tape: Creating Compliant, Omnichannel Legal Content