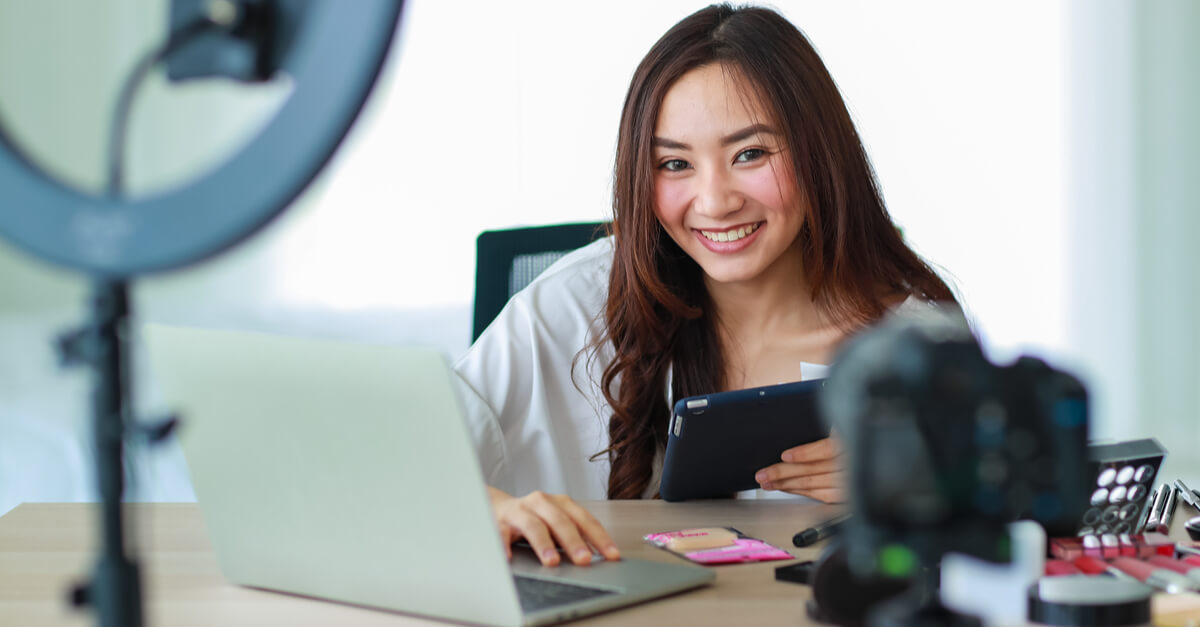 One of the dramatic shifts marketers and designers have experienced in recent years is having to become videographers. People who never would have imagined making a YouTube or TikTok video now find themselves needing to produce this sort of content, stretching their creative muscles in another direction.

Although most of us now have the equipment to create videos – a camera, lighting and editing software – the video production process brings with it an additional set of requirements.

During the last two years, I’ve been running a weekly webcast for a local community project. My goal has been two-fold: 1) provide an engaging atmosphere where attendees will gain new learnings, and 2) include compelling images that help tell the story.

Conducting these regular webcasts has opened my eyes to some challenges I hadn’t encountered previously. Needless to say, If I knew in the beginning what I know now, I would have made some different choices. So I share with you what I’ve learned.

Preparing Stills for the Screen

An early issue I encountered was how to prepare rich stills that would add that WOW factor. It is possible to simply dump images into the video editor and adjust them there, but every task you add slows rendering and makes the process crawl.

I realized this after I assembled 15 to 20 images that I want output at 1920×1080. I wanted a caption for each one of them, because a number will be CC-by-attribution. If you get the copyright issue wrong, YouTube may well close down your channel. I also found that more often than not, the shape of the image is wrong for video. I could use the ‘Ken Burns’ effect of panning and zooming, but it still didn’t fit my needs.

There are many image preparation tools out there: Photoshop, GIMP, Affinity Photo and my current favorite Pixelmator. All are great tools, but they weren’t the right tool for this job. In a photo editing app, you have to first crop the image to the right shape, then change the resolution to the right resolution, then export the image, making sure you give it a consistent name with a serial number so that it can be imported automatically. This took an exorbitant amount of time.

About a year in, I realized the answer is QuarkXPress and its image export that allows me to produce a row of numbered images and specify the output resolution for all of them with a simple click. Starting with a digital layout set to 1920×1080, every image is automatically trimmed to the right shape. If I’ve got a folder of images, Utilities>Image Grid automatically distributes each image on a separate page. I have an item style that I can click on, which puts every image in the right place. The same for captions. Two clicks, and a couple of minutes work in a photo editing app is done.

But what about the problem of an image that is the wrong shape? The best solution is a blurred version of the image blown up in the background, with the image in the foreground. In a photo editor, that is more work. In QuarkXPress, I just need to duplicate, use the ‘fill’ function, and apply a Gaussian Blur in image effects.

In video, every step adds time. This is where QuarkXPress significantly streamlined the time it takes to prepare images for video, and importantly, allowed me to meet the tightest of deadlines.

The more I’ve used QuarkXPress to support my webcast’s visual presence, the more benefits keep appearing. While the digital layouts were originally designed for web HTML, apps and e-books, they make the ideal platform for digital pre-production of still images.

With the release of QuarkXPress 2022, Quark has pulled something new out of the bag. Stock photography is now available from Pexels and Unsplash, with no attribution required (though still nice to give it), no cost, and no copyright issues. All I need to do is type a keyword into the new Stock Images panel, and I have rows and rows of high-resolution, immaculately shot images to choose from.

Admittedly, I have been biased to commission a photographer or leverage an in-house library of images over choosing stock photography. I stand corrected with what is now available in QuarkXPress. The kind of images available via the QuarkXPress Stock Images palette are ones that I would have paid someone to shoot for me. Also, the libraries are so vast that I don’t have to ‘make do’ with something that ‘sort-of works’ because the selection is state of the art.

Since it’s newly available, I’ve only produced video with QuarkXPress’s stock image feature a couple of times, but I’m finding that it cuts research time from a couple of hours to mere minutes. Also, I don’t need to sift through multiple copyright requirements, so no need to worry about photo credits.

I’ve learned many things in the ever-evolving video era, and one of the most important, and perhaps underrated, is the pre-production phase. It’s where all the decisions about quality are made.

You can try QuarkXPress 2022 for free, including the new stock image library.

Omnichannel Publishing: What It Is and Why It’s So Important for Successful Content Lifecycle Management