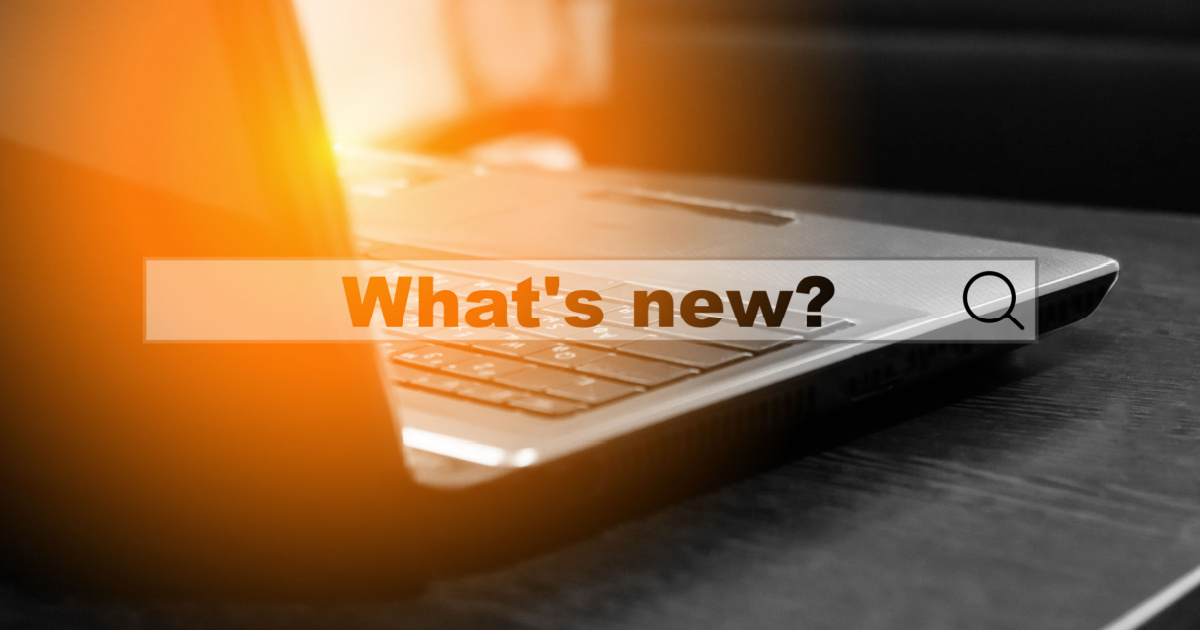 As a long time user of QuarkXPress, I continue to be impressed with the new features and capabilities that are brought to market to support the digital designer journey. The new release QuarkXPress 2023 is no exception and comes with something new for everyone, though not everything will be relevant to everyone.

The first, most obvious change, which benefits Mac users, is that it is now MacOS Ventura compatible. This doesn’t affect Windows users, or users of older Mac OS systems—though they can also run the new software. I’ve tested QuarkXPress 2023 in daily use back to Mojave, but I’ve also come across someone using it on High Sierra.

Supporting older equipment and, even more so, older documents is a key benefit of QuarkXPress. Out of the box, QXP reads documents back to version 7, which came out in 2006. For older documents, there is a free conversion utility in the Help Menu: Help > Legacy Document Converter. This opens files going back to version 3 from the mid 1990s.

Quark also continues to support all the Pantone colours, which means your old documents will not open with ugly black boxes where the colours used to be. If you’re using other software and are suddenly faced with this problem, QuarkXPress can natively open your PDF files, your IDML files, and, if InDesign is still installed, your INDD files, and will show the colours correctly.

Something exciting still to come — arriving in the first quarter of 2023 — is native Silicon coding for M1 and M2 Mac. QuarkXPress 2023 is already fully compatible with Apple’s Silicon computers via Apple’s Rosetta 2. This works transparently and you won’t know anything about it in use. However, in the Q1 update, it will be ‘native’. But don’t expect a dramatic difference: most native Silicon apps behave just like their Rosetta versions.

But let’s look at the new features available now.

Previously you could work with documents up to 2,000 pages. That’s long for a book, but if you’re printing raffle tickets or a big catalogue, it could leave you needing to work with two files.

You can now, in (Preferences > Application > Spell Check) choose between the Dieckmann dictionaries which Quark has already, or Hunspell. Dieckmann is generally better for European languages, Hunspell for Indic languages. When you run the spell checker, it will tell you at the bottom which of the two you are using. 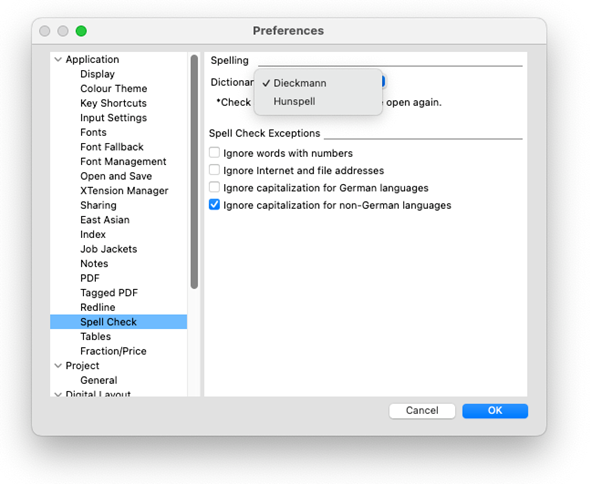 If you do stick with Dieckmann, one feature that you may have missed is that you can change how hyphenation works in the H&Js panel (Edit > H&Js > Edit > Strictness). This allows you to go with standard computer hyphenation, or to choose ‘aesthetic’ which will read better and hyphenate less, or even ‘nominal’ or ‘compounds-only’. 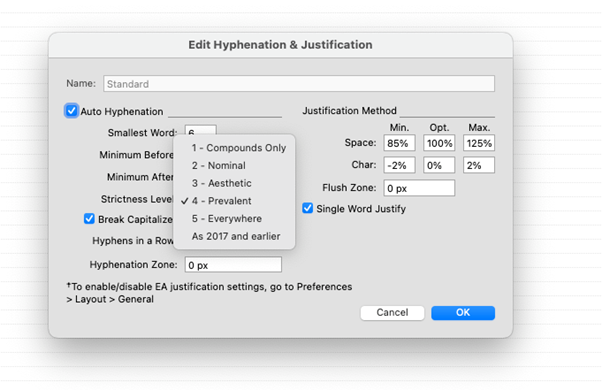 Convert Book to ePub or Project

If you want to go over the 10,000 words limit or are combining projects from different sources using the Book feature (Window > Books), you can now export directly to ePub, as well as PDF. Use the icon in the Books palette or use the three dots menu.

If the reason you were using Books is to put together several different projects, perhaps from different designers, then you can now also convert them all into one project. 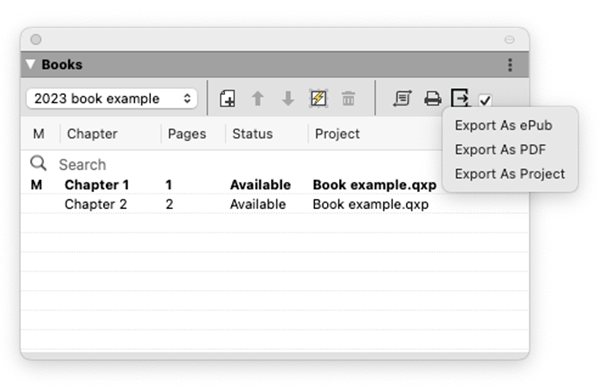 Why would you want to? Two reasons. First, most obviously, you can conveniently swap out pictures. As well as trying out how things will look, it streamlines working on many similar documents where the only changes are some text and a picture.

But, as importantly, we often must work with a picture which may be a holding picture or may have to change at the last minute. ‘Last minute’ is one of the things designers hate but clients seem to love. If you’re aware of such a pending change, and you’re using an image repeatedly, using a Content Variable allows you to change it once, and the change is reflected everywhere.

The same goes for logos and brand-level vector artwork. If you’re involved in brand development, you often must show the same logo used in a variety of sample documents to help the client decide what to do. Then, when they have decided, you have to change everything again.

At the top of images, you’ll see a new icon. It tells you whether an image is connected, missing, or modified. If you don’t want to see this, go to (View > Visual Indicators) and untick it. But normally, you will want it.

QuarkXPress warns you at export or print time if an image or vector is missing. Sometimes though images can be left on an SD card, a removable drive, or Dropbox, can work on one computer but not another, or when the drive is plugged in but not otherwise. If that SD card is back in someone’s camera, or the thumb drive is now in their pocket, you face a problem. The new onscreen display means that you always know the status of your pictures. Clicking on it will allow you to locate or update them.

If you know you have a lot of missing pictures, and you know where to find them, you can still go to (Utilities > Usage). From there, if you locate one missing picture, and the others are in the same folder, QuarkXPress will ask you if you want to update all of them. Clicking ‘yes’ will save a lot of time and trouble.

Getting Past the Red Tape: Creating Compliant, Omnichannel Legal Content